Over 45 Years of Experience

Southern Metal Processing Company, established in 1973, is the first independent company involved in filtration equipment cleaning including the related equipment such as dies, packs and process piping used in the production of polymer resins, fibers and films. Through the experience in these markets, we extended our capabilities and capacity to enable us to serve these and numerous other industry segments including:

Through our involvement and experience with these different industries, we recognized the need and value of maintaining a staff of technicians and engineers with the knowledge and experience to deal with the numerous challenges our customers face. Whether this is in addressing the environmental issues related to handling of the end user’s equipment, product waste or providing technical support and counseling to assist in the development of improved filtration performance, we stand committed to provide the necessary resources to not only deliver the cleaning services required but also provide the technical support and understanding required for them to be aware of equipment condition and maintain reliable performance. Our customer base (which includes customers in the United States, Canada, Mexico, South America, Europe and China) and years of service to industry are testaments to our capabilities and reliability.

We maintain two facilities operating on a 24/7/365 basis in Oxford, Alabama and Baytown, Texas. We also have a cooperative agreement with a cleaning partner in Northern Ireland, Precision Processing Services Limited (www.ppsl-precision.com) that supports part of our European customer base through the use of technology and equipment supplied by Southern Metal Processing Company.

We are a total service company specializing in filter cleaning as well as general cleaning of equipment used in process environments where manual cleaning is not economically effective or environmentally suitable. We clean away materials ranging from the toughest polymers to heavy oils/waxes and paints. We provide versatility, reliability and experience at significant cost savings. Let us put our knowledge and experience to work for you! 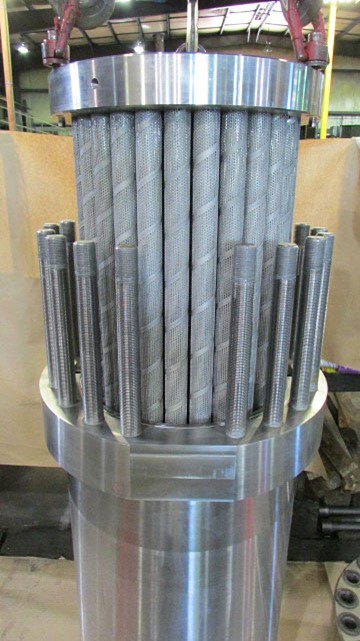 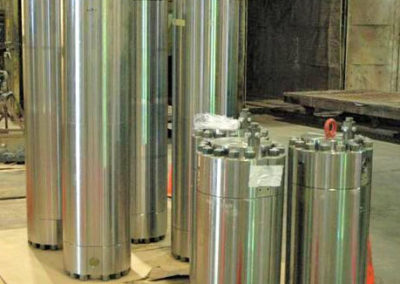 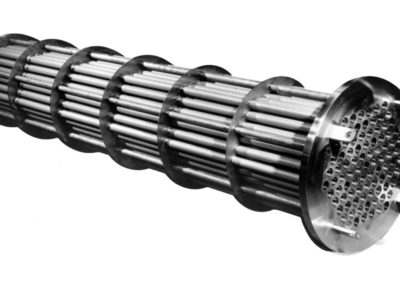 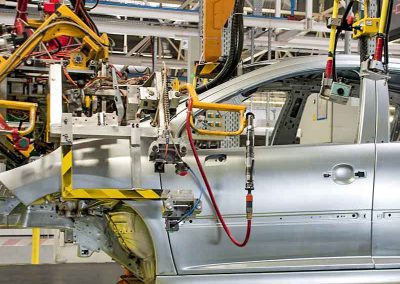 To supply leading-edge cleaning technology and services to satisfy our customer’s increasing demand for quality, economy of operations and reliability. We strive to do this by:

Southern Metal Processing Company Inc. utilizes a ‘Functional Management’ framework within which all managers play a supportive team roll to one another. The experience and capabilities of each individual within the organization is utilized as needed and required from Chairman down to shift workers. A lean management group is maintained to keep overhead costs to a minimum while taking advantage of a broad range of technical back grounds and experience. The following key management biographies provide examples of this experience and knowledge.

BS in Marketing from Indiana University in 1959. LLB from Georgetown University Law School in 1965. Executive Program at University of North Carolina, Chapel Hill in 1988. Three years as salesman for Lehigh Portland Cement Co. Four years as general manager of Cablevision Company of Anniston. Four years as founder/owner of Temprotect Corporation. Beginning in 1973, he was a co-founder and co-owner of Southern Metal Processing where he started with total sales responsibility. After two years, his responsibility expanded to include sales and administration. In 1988, he became President and CEO after retirement of co-founder. He semi-retired in January 2000, retaining Chairman of the Board responsibilities and continuing activities in international development.

Bachelor’s degree from Jacksonville State University in 1987. Completed MBA from Emory University with concentrations in Strategic Planning and International Finance in May 1991. Started with SMP that same year. Spent six months on the operations floor, primarily with production group and lab group. He spent one year plus in the administrative group (systems). In May 1993, he transferred to the Baytown, TX plant as general foreman and returned to Oxford, AL in December 1994 as plant manager through 1996. He spent one year in sales before taking General Manager’s position in early 1998. Became President in January 1999.

Joined SMP in February 2008. Bachelors of Science in Mechanical Engineering Technology from Southern Polytechnic State University in 1987. He comes from one of the leading global metal media filtration companies, PTI Technologies Inc. For the previous ten years he served as Sales Manager for PTI Technologies Inc. focusing primarily on filtration sales to the polymers industry. He was also involved with filtration media development and filter element design. In his role as Vice President, he is responsible for overseeing sales at Southern Metal Processing, technical advistor to our operations team on filtration/media requests, and assists in the further development of our global strategy.

Joined SMP in 1984. Began working in our operations team, then promoted to a production supervisor in 1988. In 1990 he transferred into our lab as a supervisor then promoted to manager in 1999. In 2005 he began his new role as inside sales and automotive manager. In 2020 he became the lab manager while still managing the sales service and supports new batch and flow operations groups under a lean initiative.

Joined SMP in 2014. He was previously employed at DAK Americas, a leading PET manufacturer for 16 years where he served as a production supervisor. Scott has an Associates in Business Administration and Bachelors In Criminal Justice from American Intercontinental University.